A Django App that adds Cross-Origin Resource Sharing (CORS) headers to responses. This allows in-browser requests to your Django application from other origins.

Adding CORS headers allows your resources to be accessed on other domains. It's important you understand the implications before adding the headers, since you could be unintentionally opening up your site's private data to others.

Some good resources to read on the subject are:

Are your tests slow? Check out my book Speed Up Your Django Tests which covers loads of best practices so you can write faster, more accurate tests.

and then add it to your installed apps:

Make sure you add the trailing comma or you might get a ModuleNotFoundError (see this blog post).

You will also need to add a middleware class to listen in on responses:

CorsMiddleware should be placed as high as possible, especially before any middleware that can generate responses such as Django's CommonMiddleware or Whitenoise's WhiteNoiseMiddleware. If it is not before, it will not be able to add the CORS headers to these responses.

Also if you are using CORS_REPLACE_HTTPS_REFERER it should be placed before Django's CsrfViewMiddleware (see more below).

django-cors-headers was created in January 2013 by Otto Yiu. It went unmaintained from August 2015 and was forked in January 2016 to the package django-cors-middleware by Laville Augustin at Zeste de Savoir. In September 2016, Adam Johnson, Ed Morley, and others gained maintenance responsibility for django-cors-headers (Issue 110) from Otto Yiu. Basically all of the changes in the forked django-cors-middleware were merged back, or re-implemented in a different way, so it should be possible to switch back. If there's a feature that hasn't been merged, please open an issue about it.

django-cors-headers has had 40+ contributors in its time; thanks to every one of them.

Configure the middleware's behaviour in your Django settings. You must set at least one of three following settings:

A list of origins that are authorized to make cross-site HTTP requests. Defaults to [].

The special value null is sent by the browser in "privacy-sensitive contexts", such as when the client is running from a file:// domain. The special value file:// is sent accidentally by some versions of Chrome on Android as per this bug.

Previously this setting was called CORS_ORIGIN_WHITELIST, which still works as an alias, with the new name taking precedence.

A list of strings representing regexes that match Origins that are authorized to make cross-site HTTP requests. Defaults to []. Useful when CORS_ALLOWED_ORIGINS is impractical, such as when you have a large number of subdomains.

Previously this setting was called CORS_ORIGIN_REGEX_WHITELIST, which still works as an alias, with the new name taking precedence.

Previously this setting was called CORS_ORIGIN_ALLOW_ALL, which still works as an alias, with the new name taking precedence.

The following are optional settings, for which the defaults probably suffice.

A regex which restricts the URL's for which the CORS headers will be sent. Defaults to r'^.*$', i.e. match all URL's. Useful when you only need CORS on a part of your site, e.g. an API at /api/.

A list of HTTP verbs that are allowed for the actual request. Defaults to:

The default can be imported as corsheaders.defaults.default_methods so you can just extend it with your custom methods. This allows you to keep up to date with any future changes. For example:

The list of non-standard HTTP headers that can be used when making the actual request. Defaults to:

The default can be imported as corsheaders.defaults.default_headers so you can extend it with your custom headers. This allows you to keep up to date with any future changes. For example:

The list of HTTP headers that are to be exposed to the browser. Defaults to [].

The number of seconds a client/browser can cache the preflight response. If this is 0 (or any falsey value), no max age header will be sent. Defaults to 86400 (one day).

Note: A preflight request is an extra request that is made when making a "not-so-simple" request (e.g. Content-Type is not application/x-www-form-urlencoded) to determine what requests the server actually accepts. Read more about it in the CORS MDN article.

If True, cookies will be allowed to be included in cross-site HTTP requests. Defaults to False.

Note: in Django 2.1 the SESSION_COOKIE_SAMESITE setting was added, set to 'Lax' by default, which will prevent Django's session cookie being sent cross-domain. Change it to None to bypass this security restriction.

Most sites will need to take advantage of the Cross-Site Request Forgery protection that Django offers. CORS and CSRF are separate, and Django has no way of using your CORS configuration to exempt sites from the Referer checking that it does on secure requests. The way to do that is with its CSRF_TRUSTED_ORIGINS setting. For example:

CSRF_TRUSTED_ORIGINS was introduced in Django 1.9, so users of earlier versions will need an alternate solution. If CORS_REPLACE_HTTPS_REFERER is True, CorsMiddleware will change the Referer header to something that will pass Django's CSRF checks whenever the CORS checks pass. Defaults to False.

With this feature enabled you should also add corsheaders.middleware.CorsPostCsrfMiddleware after django.middleware.csrf.CsrfViewMiddleware in your MIDDLEWARE_CLASSES to undo the Referer replacement:

If you have a use case that requires more than just the above configuration, you can attach code to check if a given request should be allowed. For example, this can be used to read the list of origins you allow from a model. Attach any number of handlers to the check_request_enabled Django signal, which provides the request argument (use **kwargs in your handler to protect against any future arguments being added). If any handler attached to the signal returns a truthy value, the request will be allowed.

Then connect it at app ready time using a Django AppConfig:

A common use case for the signal is to allow all origins to access a subset of URL's, whilst allowing a normal set of origins to access all URL's. This isn't possible using just the normal configuration, but it can be achieved with a signal handler.

First set CORS_ALLOWED_ORIGINS to the list of trusted origins that are allowed to access every URL, and then add a handler to check_request_enabled to allow CORS regardless of the origin for the unrestricted URL's. For example:

Django Ninja is a web framework for building APIs with Django and Python 3.6+ type hints. 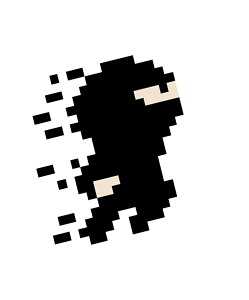 Country-specific Django helpers, to use in Django Rest Framework

a web-remote minecraft server wrapper with some unique features

The no-nonsense, minimalist REST and app backend framework for Python developers, with a focus on reliability, correctness, and performance at scale. 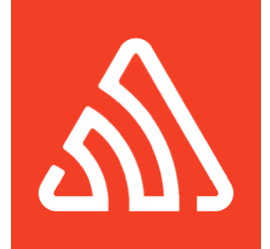 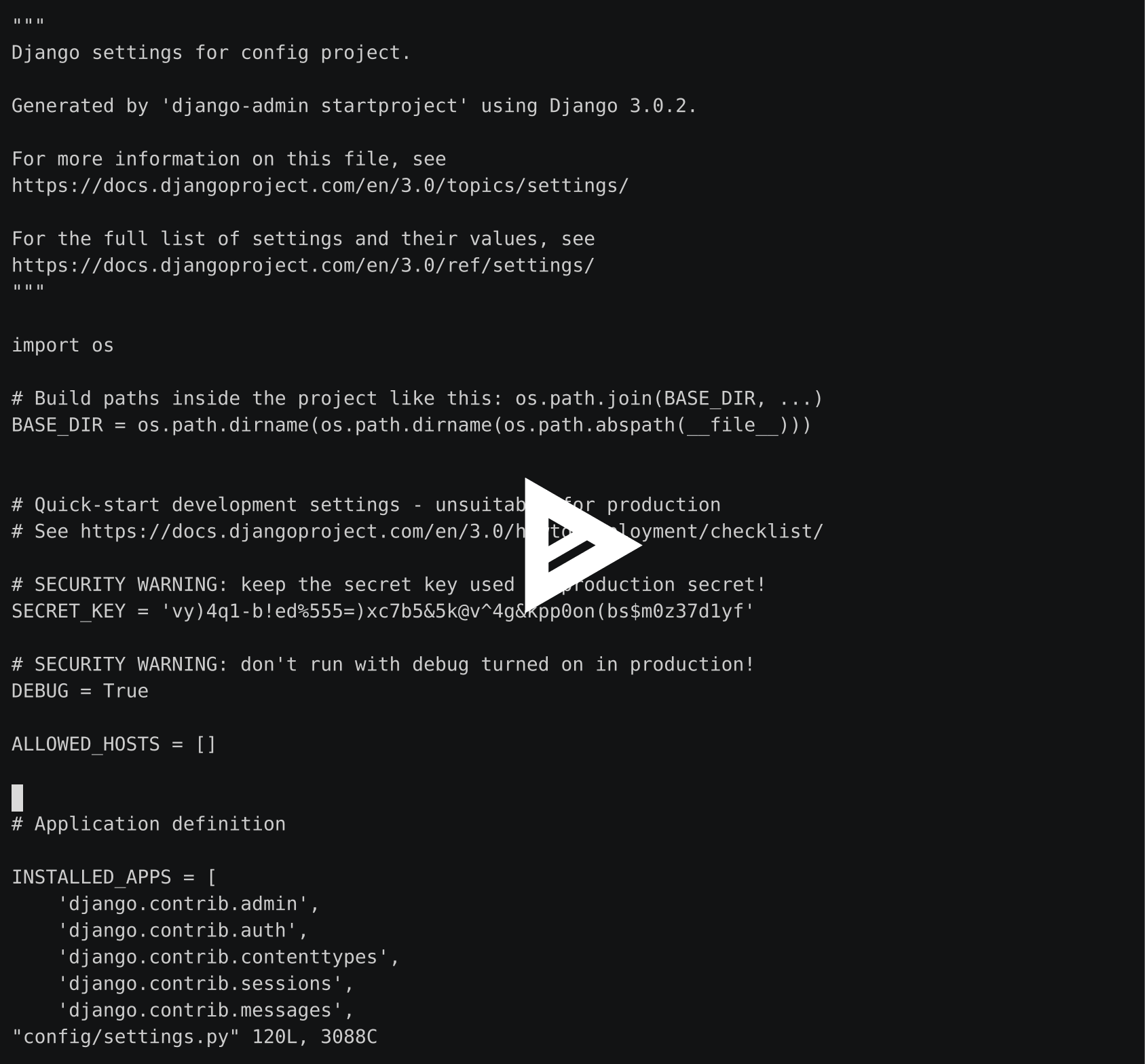 Transparently use webpack with django

Looking for maintainers This repository is unmaintained as I don't have any free time to dedicate to this effort. If you or your organisation are heav 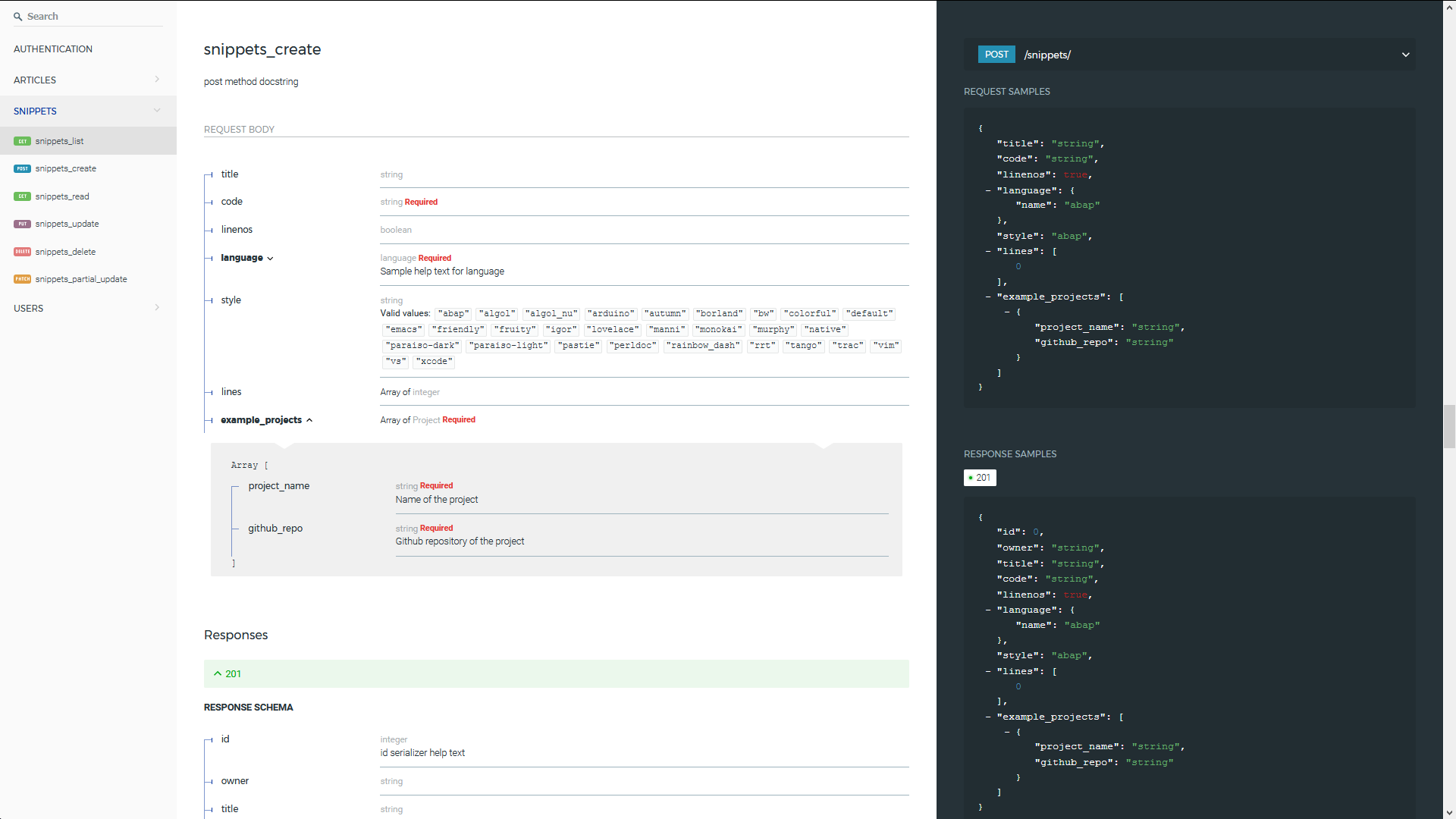 Integrate GraphQL into your Django project.

Graphene-Django A Django integration for Graphene. ?? Join the community on Slack Documentation Visit the documentation to get started! Quickstart For

django-tastypie Creating delicious APIs for Django apps since 2010. Currently in beta but being used actively in production on several sites. Requirem

This is a setup of Authentication and Registration Integrated with React.js inside the Django Templates for web apps 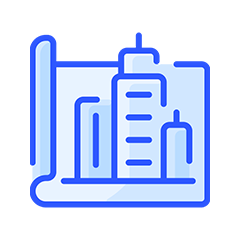