A Python 3.6+ package to run .many files, where many programs written in many languages may exist in one file.

A tool to run many programs written in many languages from one file.

For example, give RunMany this simple file

and it will number and run each program, giving this output:

In general, RunMany can be used for:

Overall it is hopefully a good tool for anyone who wants to play with multiple programming languages at once.

The RunMany VSCode extension adds syntax highlighting to RunMany files and makes them runnable with one button. It is highly recommended for use with RunMany.

With and without syntax highlighting:

Get VSCode here and get the RunMany extension here, or install it directly once you have VSCode with:

When a settings JSON file is not provided, the hardcoded settings JSON at the top of the .many file is used. If neither is present, or for any missing settings, default_settings.json is used as a fallback.

See the examples folder for some .many files to try. Note that RunMany expects the system to already have the necessary interpreters and compilers installed for the programming languages it runs. RunMany runs them internally with normal console commands.

RunMany has preset commands for a number of languages:

But these presets were made for a Windows machine and may fail depending on OS and system configuration. However, commands can be overridden and new languages can be added by modifying the settings JSON. See more below.

As with the command line, the settings JSON provided as an argument takes precedence over the one that may be at the top of the .many file, and default_settings.json is used as a fallback for all settings.

In each of the 3 runmany functions, the settings JSON argument may be given as a path to the .json file or a JSON-like Python dictionary.

Additionally, the .many file contents may be given as a string rather than a file path with from_string=True.

The function runmany.cmdline, which takes a list of command line arguments, is also present as an alternative to using the command line directly.

The .many file format is what RunMany expects when given a file to run. (Though, of course, ".many" is not required as an extension.)

Principally, a .many file consists of unindented lines which are section headers that define the languages and context for the lines indented below them. Languages are given as a comma separated list and the 3 contexts are argv, stdin, and code. Section headers end with a colon.

The keywords Argv and Stdin are used to define the argument vector and standard input for a set of languages. Otherwise the section is assumed to be code.

So the RunMany program above will send "foo" to Python and JavaScript on argv, and "bar" to Python on stdin when it runs each language's code.

Importantly, a .many file always runs from top to bottom just-in-time, that is, the top lines will run normally even if the bottom lines are invalid syntax. For this reason, argv and stdin sections only apply to code sections that come after them.

Those are the essentials but read on for more details and nuance about the syntax of .many files. Notably the Also Section and hardcoded settings.

Also check syntax.many and the other examples for concrete syntax samples.

% at the very start of a line makes an inline comment.

There are no block comments.

A .many file can be split up into sections, each of which has an unindented header line that ends in a colon (:), and a potentially multiline string of content that can appear after the colon and on indented lines below the header. Each indent must be either a single tab or 4 spaces and the indents do not end up as part of the section content.

Any whitespace just after the colon of the section header is ignored, so this is a working Code Section:

As it corresponds to the Python program:

Blank lines above or below sections are only for readability and not required.

As detailed below, only a few types of sections exist and some require comma (,) separated language lists in their headers. Language names are stripped of whitespace and matched to corresponding "name" keys in the languages arrays of the settings JSON.

Language names are not case-sensitive (Python is the same as python) but other keywords like Argv, Stdin, for, Also, and Exit are.

Language names cannot contain , or : and to be safe they should not start with Argv, Stdin, Also, Exit, or !.

A Code Section starts right out with a comma separated list of languages and its content is the program to be run in those languages.

One language in the list is almost always sufficient unless you are writing polyglots,

An Argv Section can either start Argv: to apply to all languages, or Argv for Language1, Language2, ...: to apply to the listed languages. Either way overwrites any previous argv set for those languages, but Also Sections can be used to supply a series of argvs.

The Argv Section's content is stripped of newlines and sent as the argument vector to all the subsequent programs in Code Sections it applies to.

For argv to work the $argv placeholder must be placed properly into the command of the language.

Almost exactly like an Argv Section but for stdin.

A Stdin Section can either start Stdin: to apply to all languages, or Stdin for Language1, Language2, ...: to apply to the listed languages. Either way overwrites any previous stdin set for those languages, but Also Sections can be used to supply a series of stdins.

The Stdin Section's content is stripped of trailing newlines except one and sent as the standard input stream to all the subsequent programs in Code Sections it applies to.

When a program expects stdin but there is no Stdin Section to give it, the stdin can be typed into the console normally.

An Also Section starts with Also: (with no language list) and is a way to add a series of argvs or stdins to run, or to avoid repeating a Code Section header. It cannot be the first section in the file because it needs to attach to the Code, Stdin, or Argv Section above it.

When below an Argv Section or Stdin Section, an Also Section adds an additional input to the list of argvs or stdins to run when applicable Code Sections are encountered.

For example, the final Python program here is run 6 times for all the combinations of argvs and stdins that apply to it (1A 1B 2A 2B 3A 3B):

This is the real power of the Also Section -- giving multiple argvs and stdins to a program without repeating code. Another example with output.

When below a Code Section, an Also Section is simply shorthand for repeating the Code Section's header.

For example, Also: here behaves exactly the same as Python, Python 2: would:

Putting ! at the very start of any section header will disable that section and any Also Sections attached to it.

A settings JSON may be placed, indented, before the first section in a .many file. It is only used if a custom setting JSON is not otherwise provided as an argument, and only for the .many file it is in. As with section content, the indents may be either single tabs or 4 spaces.

Exit. at the very start of a line by itself will stop RunMany as if the file ended there.

The settings JSON defines what languages RunMany can run and how it will run them. It also defines how the RunMany output will be formatted.

As mentioned, default_settings.json holds the default values for all settings which are automatically used if not otherwise present in a provided or hardcoded JSON.

Most settings are simple flags or values that can be set in the base settings JSON object. See List of Settings below.

The setting to add a custom language is the "languages" key which maps to an array of JSON objects we'll call language objects. Each language object must have a "name" string to identify it and a "command" string to run it (see command format). However, objects in "languages" with a matching "name" in the "default_languages" array will automatically inherit its other values, such as "command" and "ext". Most settings that can be set in the base settings JSON object are also inherited by the language objects and can be overridden.

For example, a settings JSON of

will make Rust programs have a 5 second time limit rather than the default of 10, and "command" does not need to be present because Rust is already in the built-in "default_languages" array. The "show_code": true in the base object makes it so all languages in the RunMany output will show their code.

You should not have to set "default_languages" in your custom settings JSON (though technically you can). Only set "languages".

All settings described and whether or not they they can be overridden in a language object in the "languages" array:

The "command" key of a language object in the "languages" array defines the terminal command that is run to execute the language.

Placeholders like $file and $dir are used in a command to refer to the temporary file RunMany creates for the code of each program it runs, or the directory that file is stored in:

Note that some placeholders are "quoted" and some are not. Some operating systems like Windows may have spaces in the path to temporary files so correct quoting is important.

Check the "default_languages" array in default_settings.json for more examples of commands.

I was driven to make RunMany by my desire to learn more programming languages combined with my annoyance that whenever I tried I would invariably have to make a whole new project for that language, or even switch IDEs.

Check out some of my other Python packages.

gptrun Don't feel like coding today? Use the power of GPT3 to execute any function inside your programs just by giving some doctests. How is this diff

Easy to use, state-of-the-art Neural Machine Translation for 100+ languages

Introduction Reconstant lets you share constant and enum definitions between programming languages. Constants are defined in a yaml file and converted

This repository contains the code, data, and models of the paper titled "XL-Sum: Large-Scale Multilingual Abstractive Summarization for 44 Languages" published in Findings of the Association for Computational Linguistics: ACL 2021.

XL-Sum This repository contains the code, data, and models of the paper titled "XL-Sum: Large-Scale Multilingual Abstractive Summarization for 44 Lang

End-to-end text to speech system using gruut and onnx. There are 40 voices available across 8 languages. BPEmb is a collection of pre-trained subword embeddings in 275 languages, based on Byte-Pair Encoding (BPE) and trained on Wikipedia.

BPEmb is a collection of pre-trained subword embeddings in 275 languages, based on Byte-Pair Encoding (BPE) and trained on Wikipedia. Its intended use is as input for neural models in natural language processing. 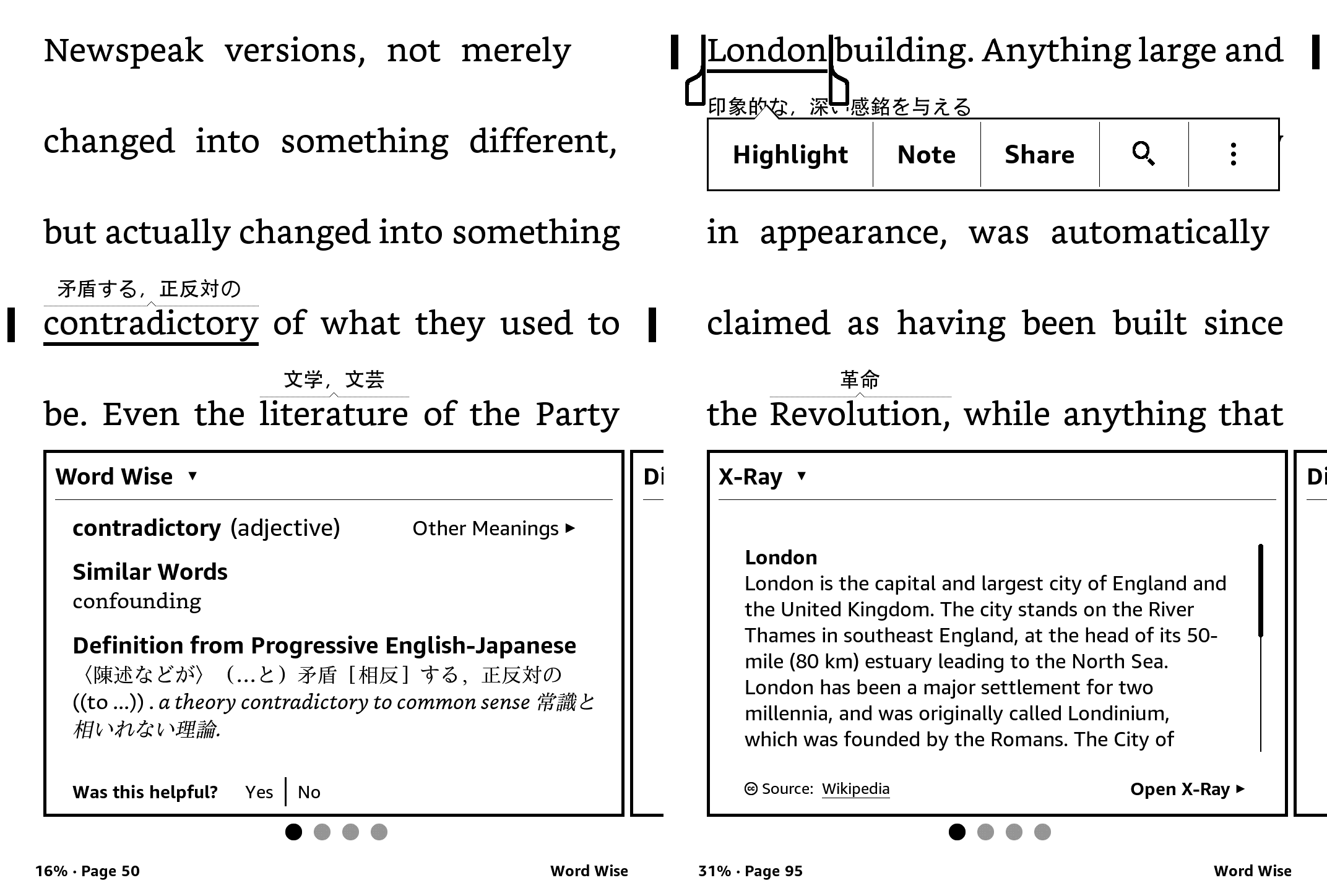 This is a Python binding to the tokenizer Ucto. Tokenisation is one of the first step in almost any Natural Language Processing task, yet it is not always as trivial a task as it appears to be. This binding makes the power of the ucto tokeniser available to Python. Ucto itself is regular-expression based, extensible, and advanced tokeniser written in C++ (http://ilk.uvt.nl/ucto).

Ucto for Python This is a Python binding to the tokeniser Ucto. Tokenisation is one of the first step in almost any Natural Language Processing task,

Get list of common stop words in various languages in Python

Get list of common stop words in various languages in Python

A programming language with logic of Python, and syntax of all languages.

Pytov The idea was to take all well known syntaxes, and combine them into one programming language with many posabilities. Installation Install using

Text editor on python tkinter to convert english text to other languages with the help of ployglot. mass-translator About Input english text, then translate it between languages n times using the Deep Translator Python Library. How to Use Install dep