Transformers provides thousands of pretrained models to perform tasks on texts such as classification, information extraction, question answering, summarization, translation, text generation and more in over 100 languages. Its aim is to make cutting-edge NLP easier to use for everyone.

Transformers provides APIs to quickly download and use those pretrained models on a given text, fine-tune them on your own datasets and then share them with the community on our model hub. At the same time, each python module defining an architecture is fully standalone and can be modified to enable quick research experiments.

Transformers is backed by the three most popular deep learning libraries — Jax, PyTorch and TensorFlow — with a seamless integration between them. It's straightforward to train your models with one before loading them for inference with the other.

You can test most of our models directly on their pages from the model hub. We also offer private model hosting, versioning, & an inference API for public and private models.

Here are a few examples:

Write With Transformer, built by the Hugging Face team, is the official demo of this repo’s text generation capabilities. 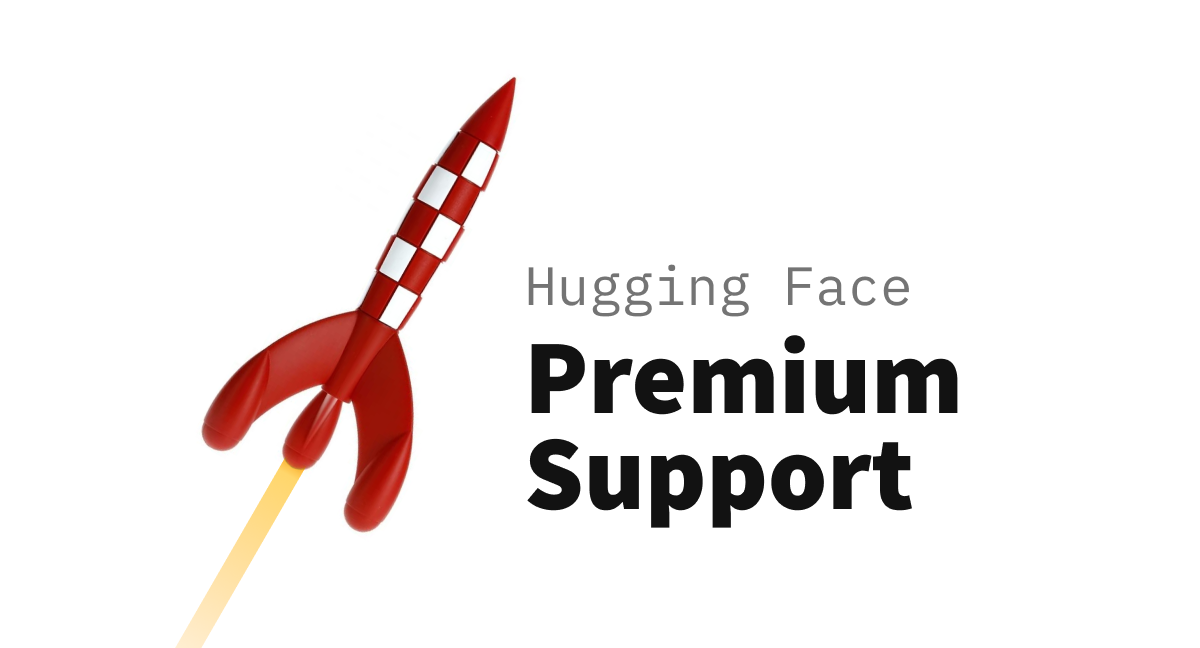 To immediately use a model on a given text, we provide the pipeline API. Pipelines group together a pretrained model with the preprocessing that was used during that model's training. Here is how to quickly use a pipeline to classify positive versus negative texts:

The second line of code downloads and caches the pretrained model used by the pipeline, while the third evaluates it on the given text. Here the answer is "positive" with a confidence of 99.97%.

Many NLP tasks have a pre-trained pipeline ready to go. For example, we can easily extract question answers given context:

In addition to the answer, the pretrained model used here returned its confidence score, along with the start position and end position of the answer in the tokenized sentence. You can learn more about the tasks supported by the pipeline API in this tutorial.

To download and use any of the pretrained models on your given task, all it takes is three lines of code. Here is the PyTorch version:

And here is the equivalent code for TensorFlow:

The tokenizer is responsible for all the preprocessing the pretrained model expects, and can be called directly on a single string (as in the above examples) or a list. It will output a dictionary that you can use in downstream code or simply directly pass to your model using the ** argument unpacking operator.

The model itself is a regular Pytorch nn.Module or a TensorFlow tf.keras.Model (depending on your backend) which you can use normally. This tutorial explains how to integrate such a model into a classic PyTorch or TensorFlow training loop, or how to use our Trainer API to quickly fine-tune on a new dataset.

Why should I use transformers?

Why shouldn't I use transformers?

First, create a virtual environment with the version of Python you're going to use and activate it.

When one of those backends has been installed, Transformers can be installed using pip as follows:

If you'd like to play with the examples or need the bleeding edge of the code and can't wait for a new release, you must install the library from source.

Since Transformers version v4.0.0, we now have a conda channel: huggingface.

Transformers can be installed using conda as follows:

Follow the installation pages of Flax, PyTorch or TensorFlow to see how to install them with conda.

All the model checkpoints provided by Transformers are seamlessly integrated from the huggingface.co model hub where they are uploaded directly by users and organizations.

Transformers currently provides the following architectures (see here for a high-level summary of each them):

To check if each model has an implementation in Flax, PyTorch or TensorFlow, or has an associated tokenizer backed by the Tokenizers library, refer to this table.

These implementations have been tested on several datasets (see the example scripts) and should match the performance of the original implementations. You can find more details on performance in the Examples section of the documentation.

We now have a paper you can cite for the Transformers library:

The AI community building the future.

cloob-training Pretrained models There are two pretrained CLOOB models in this repo at the moment, a 16 epoch and a 32 epoch ViT-B/16 checkpoint train

A state of the art of new lightweight YOLO model implemented by TensorFlow 2.

GAN JAX - A toy project to generate images from GANs with JAX This project aims to bring the power of JAX, a Python framework developped by Google and LaneDet is an open source lane detection toolbox based on PyTorch that aims to pull together a wide variety of state-of-the-art lane detection models. Developers can reproduce these SOTA methods and build their own methods.

MuarAugment Description MuarAugment is a package providing the easiest way to a state-of-the-art data augmentation pipeline. How to use You can instal

------ Update September 2018 ------ It's been a year since TorchMoji and DeepMoji were released. We're trying to understand how it's being used such t

Implementation of NÜWA, state of the art attention network for text to video synthesis, in Pytorch

NÜWA - Pytorch (wip) Implementation of NÜWA, state of the art attention network for text to video synthesis, in Pytorch. This repository will be popul ?? Flamingo - Pytorch Implementation of Flamingo, state-of-the-art few-shot visual question answering attention net, in Pytorch. It will include the p

TorchMultimodal is a PyTorch library for training state-of-the-art multimodal multi-task models at scale.

Implementation of ETSformer, state of the art time-series Transformer, in Pytorch We evaluate our method on different datasets (including ShapeNet, CUB-200-2011, and Pascal3D+) and achieve state-of-the-art results, outperforming all the other supervised and unsupervised methods and 3D representations, all in terms of performance, accuracy, and training time. 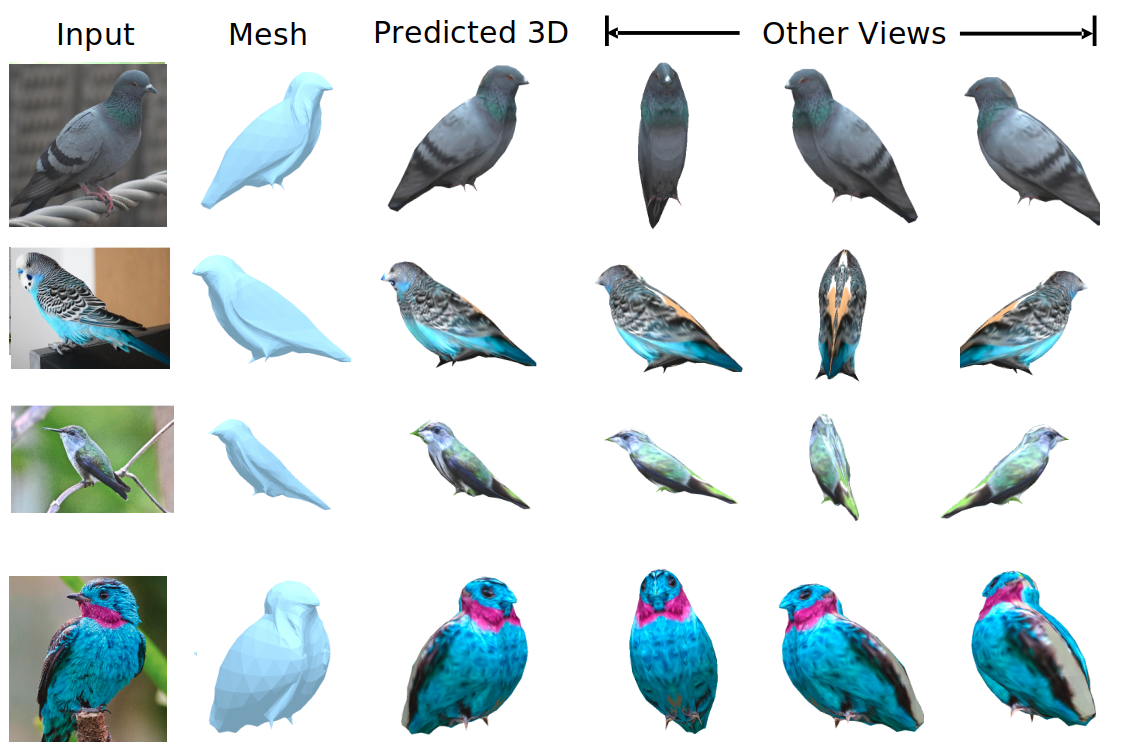 This is the unofficial code of Deep Dual-resolution Networks for Real-time and Accurate Semantic Segmentation of Road Scenes. which achieve state-of-the-art trade-off between accuracy and speed on cityscapes and camvid, without using inference acceleration and extra data Deep learning operations reinvented (for pytorch, tensorflow, jax and others)