Starlite is a light and flexible ASGI API framework. Using Starlette and pydantic as foundations.

Check out the Starlite documentation

Relation to Starlette and FastAPI

Although Starlite uses the Starlette ASGI toolkit, it does not simply extend Starlette, as FastAPI does. Starlite uses selective pieces of Starlette while implementing its own routing and parsing logic, the primary reason for this is to enforce a set of best practices and discourage misuse. This is done to promote simplicity and scalability - Starlite is simple to use, easy to learn, and unlike both Starlette and FastAPI - it keeps complexity low when scaling.

Additionally, Starlite is faster than both FastAPI and Starlette:

While running Starlite, you can view the ReDoc API Documentation Page by accessing it at the default location of /schema or change the location using the OpenAPIController. If your app is running locally on port 8000 you can access the ReDoc page at http://0.0.0.0:8000/schema.

Starlite is rigorously typed, and it enforces typing. For example, if you forget to type a return value for a route handler, an exception will be raised. The reason for this is that Starlite uses typing data to generate OpenAPI specs, as well as to validate and parse data. Thus typing is absolutely essential to the framework.

Starlite has custom logic to generate OpenAPI 3.1.0 schema, the latest version. The schema generated by Starlite is significantly more complete and more correct than those generated by FastAPI, and they include optional generation of examples using the pydantic-factories library.

Starlite has a simple but powerful DI system inspired by pytest. You can define named dependencies - sync or async - at different levels of the application, and then selective use or overwrite them.

Starlite supports the Starlette Middleware system while simplifying it and offering builtin configuration of CORS and some other middlewares.

Starlite has an authorization mechanism called guards, which allows the user to define guard functions at different level of the application (app, router, controller etc.) and validate the request before hitting the route handler function.

FastAPI-Amis-Admin is a high-performance, efficient and easily extensible FastAPI admin framework. Inspired by django-admin, and has as many powerful functions as django-admin.

This is an API developed in python with the FastApi framework and putting into practice the recommendations of the book Clean Architecture in Python by Leonardo Giordani,

This is an API developed in python with the FastApi framework and putting into practice the recommendations of the book Clean Architecture in Python by Leonardo Giordani,

Jupter Notebook REST API Run your jupyter notebooks as a REST API endpoint. This isn't a jupyter server but rather just a way to run your notebooks as

MS Graph API authentication example with Fast API What it is & does This is a simple python service/webapp, using FastAPI with server side rendering,

A RESTful API for creating and monitoring resource components of a hypothetical build system. Built with FastAPI and pydantic. Complete with testing and CI.

diskspace-monitor-CRUD Background The build system is part of a large environment with a multitude of different components. Many of the components hav

A FastAPI Framework for things like Database, Redis, Logging, JWT Authentication and Rate Limits Install You can install this Library with: pip instal

Restful Api developed with Flask using Prometheus and Grafana for monitoring and containerization with Docker :rocket:

Hephaestus ?? In Greek mythology, Hephaestus was either the son of Zeus and Hera or he was Hera's parthenogenous child. ... As a smithing god, Hephaes

A Python framework to build Slack apps in a flash with the latest platform features.

Bolt for Python A Python framework to build Slack apps in a flash with the latest platform features. Read the getting started guide and look at our co

An extension library for FastAPI framework Turns your Python functions into microservices with web API, interactive GUI, and more. 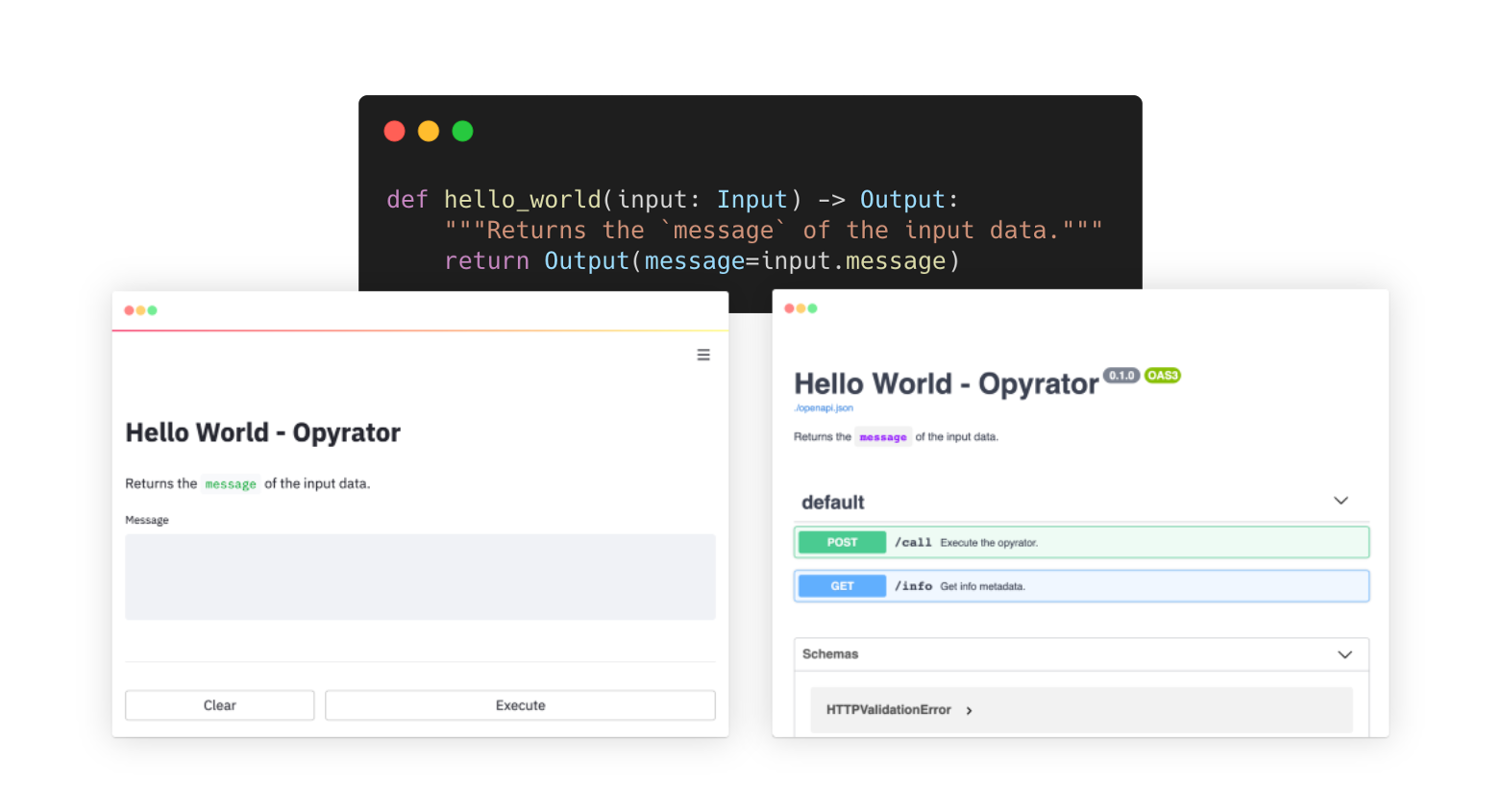 Instantly turn your Python functions into production-ready microservices. Deploy and access your services via HTTP API or interactive UI. Seamlessly export your services into portable, shareable, and executable files or Docker images.