Turn your Python and Javascript code into DOT flowcharts

Turn your Python and Javascript source code into DOT flowcharts

Code2flow will sweep through your project source code looking for function definitions. Then it will do another sweep looking for where those functions are called. Code2flow connects the dots and presents you with a flowchart estimating the functional structure of your program.

Code2flow is especially useful for untangling spaghetti code and getting new developers up to speed.

Code2flow is EXPERIMENTAL and meant to provide a rough overview of the structure of simpler projects. There are many known limitations (see below). Expect MOST aspects of this application to change in future releases.

Here is what happens when you run it on jquery

On the python calendar module

If you don't have it already, you will also have to install graphviz

Specify multiple files, import directories, and even use *

Code2flow is meant to provide a reasonable conjecture of the structure of simple projects and has many known limitations.

Basically, code2flow may not diagram your sourcecode exactly as you might expect it to

There is a lot in the pipeline already but email me! Those requests which keep coming up repeatedly will get priority.

To get the feature you want more quickly there are two options:

A. The project is open source so it is easy to contribute.

B. I am available for hire on contract and will happily build your request or just do headstands for you all day for the correct amount of money. For more about me, visit http://scottrogowski.com/about

A very minimalistic python module that lets you track the time your code snippets take to run.

Clock Keeper A very minimalistic python module that lets you track the time your code snippets take to run. This package is available on PyPI! Run the

coala provides a unified command-line interface for linting and fixing all your code, regardless of the programming languages you use.

"Always code as if the guy who ends up maintaining your code will be a violent psychopath who knows where you live." ― John F. Woods coala provides a 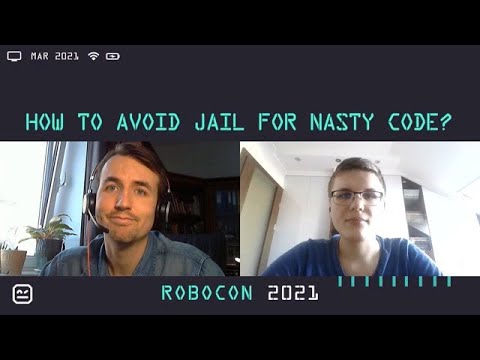 Alarmer is a tool focus on error reporting for your application.

alarmer Alarmer is a tool focus on error reporting for your application. Installation pip install alarmer Usage It's simple to integrate alarmer in yo

Devana Devana is a python tool that make it easy to parsing, format, transform and generate C++ (or C) code. This tool uses libclang to parse the code

Vulture - Find dead code Vulture finds unused code in Python programs. This is useful for cleaning up and finding errors in large code bases. If you r

The Uncompromising Code Formatter “Any color you like.” Black is the uncompromising Python code formatter. By using it, you agree to cede control over

Python Library stats This is a small library that allows you to query some useful statistics for Python code-bases. We currently report library import

This is a Python program to get the source lines of code (SLOC) count for a given GitHub repository.

This is a Python program to get the source lines of code (SLOC) count for a given GitHub repository.

Guesslang detects the programming language of a given source code

Detect the programming language of a source code

Learning source code review, spot vulnerability, find some ways how to fix it.

An app to show the total number of lines of code written by an user.

Lines of code Have you ever wondered how many lines of code you wrote in github? This tool will calculate it for you! To calculate the total number of

Metrinome is an all-purpose tool for working with code complexity metrics. Overview Metrinome is an all-purpose tool for working with code complexity metrics. It can be used as both a REPL and API, and includes: Converters to

A simple stopwatch for measuring code performance with static typing.

A simple stopwatch for measuring code performance. This is a fork from python-stopwatch, which adds static typing and a few other things.

prospector About Prospector is a tool to analyse Python code and output information about errors, potential problems, convention violations and comple

pycallgraph is a Python module that creates call graphs for Python programs. 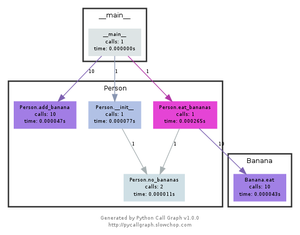