A simple version control system built on top of Git

Gitless is a version control system built on top of Git, that is easy to learn and use:

Installing Gitless won't interfere with your Git installation in any way. You can keep using Git and switch between Git and Gitless seamlessly.

We currently require Git (1.7.12+) to be installed, but this requirement is going to disappear soon once we finish with our migration to pygit2.

Binary release (macOS and Linux only)

Binary releases for macOS and Linux are available from the Gitless website.

If you've downloaded a binary release of Gitless everything is contained in the gl binary, so to install simply do:

You can put the binary in other locations as well, just be sure to update your PATH.

If for some reason this doesn't work (maybe you are running an old version of your OS?), try one of the other options (installing from source or via the Python Package Index).

To install from source you need to have Python 3.7+ installed.

Additionally, you need to install pygit2.

Installing via the Python Package Index

If you are a Python fan you might find it easier to install Gitless via the Python Package Index. To do this, you need to have Python 3.7+ installed.

Additionally, you need to install pygit2.

Installing via Homebrew (macOS only)

If you are using Homebrew, a package manager for macOS, you can install Gitless with:

Installing via Snapcraft (Linux only)

If you are using Snapcraft, a package manager for Linux, you can install the most recent release of Gitless with:

You can also use the edge channel to install the most recent build.

Installing via the Arch User Repository (Arch Linux only)

If you are using Arch Linux or any of its derivatives, you can use your favorite AUR Helper and install:

If you find a bug, create an issue in our GitHub repository. If you'd like to contribute code, here are some useful things to know:

A simple version control system built on top of Git

ViewVC is a browser interface for CVS and Subversion version control repositories. 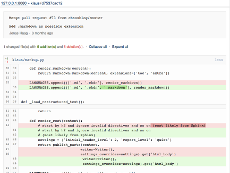 klaus: a simple, easy-to-set-up Git web viewer that Just Works™. (If it doesn't Just Work for you, please file a bug.) Super easy to set up -- no conf

Patchwork is a web-based patch tracking system designed to facilitate the contribution and management of contributions to an open-source project.

Patchwork Patchwork is a patch tracking system for community-based projects. It is intended to make the patch management process easier for both the p

About Trac Trac is a minimalistic web-based software project management and bug/issue tracking system. It provides an interface to the Git and Subvers

Tiny Git is a simplified version of Git with only the basic functionalities to gain better understanding of git internals.

Tiny Git is a simplified version of Git with only the basic functionalities to gain better understanding of git internals. Implemented Functi

gitfs is a FUSE file system that fully integrates with git. You can mount a remote repository's branch locally, and any subsequent changes made to the files will be automatically committed to the remote.

Let's Git - Version Control & Open Source Homework Welcome to this homework for our MOOC: Let's Git! We hope you will learn a lot and have fun working

This Repository is an up-to-date version of Harvard nlp's Legacy code and a Refactoring of the jupyter notebook version as a shell script version. This Repository is an up-to-date version of Harvard nlp's Legacy code and a Refactoring of the jupyter notebook version as a shell script version.

Control System Packer is a lightweight, low-level program to transform energy equations into the compact libraries for control systems. Spotify Top Lists This is a simple script that will get the current top lists of a user from the Spotify API and display them in a Flask app. Requirem

Get charts, top artists and top songs WITHOUT LastFM API

LastFM Get charts, top artists and top songs WITHOUT LastFM API Usage Get stats (charts) We provide many filters and options to customize. Geo filter

Movies-chart - A CLI app gets the top 250 movies of all time from imdb.com and the top 100 movies from rottentomatoes.com movies-chart This CLI app gets the top 250 movies of all time from imdb.com and

Catware - A powerful grabber with a built in bot control system 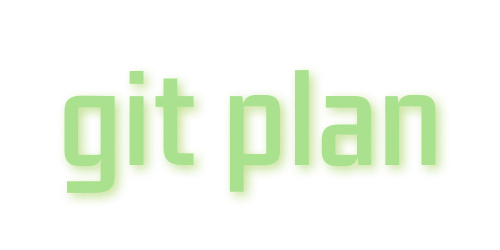 git plan A better workflow for git. Git plan inverts the git workflow so that you can write your commit message first, before you start writing code.